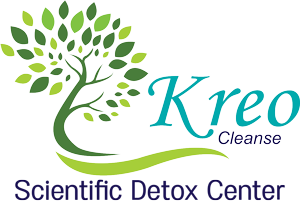 Wheatgrass is a humble weed that has a wide variety of health benefits for the body due to high concentrations of chlorophyll, active enzymes, vitamins and other nutrients. According to Israeli research on wheatgrass, lab studies suggest that it may have anticancer potential. In animal experiments, wheatgrass demonstrated possible benefits in cancer prevention and as an aid to cancer treatment — particularly chemotherapy. In clinical trials, wheatgrass was found to improve chemotherapy and decrease chemotherapy-related side effects.Wheatgrass has also been found to support the immune system and help repair damaged cells. It’s also shown promise for conditions such as:

Wheatgrass colonics cleanse and nourish the colon, according to digestive wellness center Vitallife. And effects are felt almost immediately. This is attributed to wheatgrass’s dense nutrient profile, which contains over 90 minerals, and the high absorption rate of the colon.Both factors allow for easy and fast entry into the bloodstream.Once the wheatgrass is juiced, the liquid is inserted into the rectum where it is retained in the bowels for approximately 30 minutes. Purported benefits include:

According to the American Journal of Surgery, early research suggests that the chlorophyll content in wheatgrass repairs damaged skin. Because of its ability to detox, wheatgrass is thought to improve skin conditions such as acne, eczema, and psoriasis. Apparently, it also has the ability to improve external and internal scarring. Additionally, the vitamin A in wheatgrass enhances the skin luster and provides a glowing complexion.

According to research published in the International Journal of Chemical Studies, wheatgrass — because of it’s high concentration of chlorophyll — is considered a “green blood” of sorts. And because of its close structural similarity to hemoglobin, chlorophyll (known as the “lifeblood” of the plant) improves blood building while minimizing symptoms of anemia. It also decreases uric acid in the blood, according to a study on wheatgrass. An increase of uric acid in the blood causes complications, such as swelling of the body, digestion trouble, and insomnia.

Wheatgrass has possibly one of the most impressive nutrient profiles. It contains over 90 minerals, the antioxidants of vitamins A, C, and E and 17 amino acids. Wheatgrass is also rich in protein and iron. Additionally, it contains enzymes necessary for digestion, building a healthy body and counteracting premature aging.

Wheatgrass has an alkalizing effect on the body. So, if the internal state of the body is too acidic, wheatgrass can alter that state and bring it back on track. In fact, wheatgrass has been referred to as “the king” of alkalizing food. Wheatgrass is also helpful for dyspepsia or reflux disease.

The detergents and cleaning agents we use.